Showing posts from September, 2013
Show all

The Feast of Tabernacles 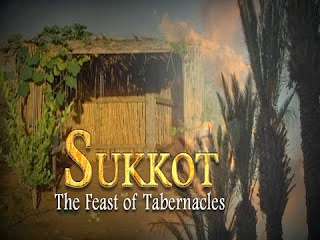 The year is 5774 according to the Jewish calendar, and the month is Tishri.  From the 15 th to the 21 st of this month, Israel celebrates the Feast of Tabernacles, coinciding with our calendar for sundown September 18 th through sundown September 25, 2013. The Feast of Tabernacles, also known as the Feast of Booths (Sukkot) and the Feast of Ingathering is the seventh and final feast God gave to Israel in Leviticus 23. It is also the third and final feast to span a seven-day period. After the ingathering of their crops, this seven-day feast begins with a holy convocation or sacred assembly much like a Sabbath for they were to do no “customary” work. As commanded, on the first day of the feast, Israel would take the harvested items and rejoice before the Lord. What a merry time for the Children of Israel. In fact, they refer to this feast as the “season of our joy”. Together they praise God for His bountiful creation and supply. Matthew Henry quotes Psalm 24:1 and comments
Post a Comment
Read more

- September 22, 2013
“Amalek came and fought with Israel in Rephidim…” (Exodus 17:8-16) In the shadow of the Great Rock, joy came to Israel.  The gush of miracle water enveloped them in a sense of comfort and safety. With their needs met they settled down to everyday life. However, an enemy lurked in the shadows. Sneaky, vicious, battle-trained Amalekites began by attacking Israel’s rear flank, picking them off one by one. Heartbroken families begged Moses to do something. But, could Israel fight back when they had lived in slavery all their lives? What chance did slaves have against a brutal enemy? Still, at Moses’ command, Joshua prepared an army. Moses, Aaron, and Hur climbed a hill overlooking the battlefield. When Moses lifted his hands and staff, fighting would commence.
Post a Comment
Read more

- September 15, 2013
“Behold, I will stand before you there on the rock in Horeb; and you shall strike the rock , and water will come out of it, that the people may drink...” (Exodus 17:6) In the hot, sun-baked land of Rephidim, Israel once again found no drinking water. At God’s command, Moses and the elders traveled the short distance to a rock in Horeb. With rod in hand, Moses struck the rock and out poured water. Enough water surged from this extraordinary rock to quench the thirst of all the children of Israel and their livestock. But, how could this happen? I believe the rock was supernatural. In fact, Numbers 20:1-13 records a second encounter with this one-of-a-kind rock, in a different location and much later in Israel’s journey. Still, how do we know it was the same rock and not another?
Post a Comment
Read more

- September 08, 2013
With the Lord’s command, the children of Israel left the Wilderness of Sin. Arriving at Rephidim, they set up camp, but found no water to drink. In anger, Israel blamed and accused Moses of trying to kill them with thirst shouting, “Give us water, that we may drink.” When he tried to reason with them, the conflict grew so great he feared for his life. Then Moses cried to the Lord. Israel may have lashed out at Moses, but in their hearts, they doubted the Lord was among them. Again, I have to say, it’s a good thing I’m not God. I mean, the pillar of cloud and fire were there constantly and manna still appeared each morning. Hadn’t Israel already seen enough jaw-dropping miracles to last them a lifetime? Shouldn’t they have cried out to God themselves instead of yelling at Moses? Why are they still questioning God’s presence?
Post a Comment
Read more

- September 01, 2013
“…And Moses said to them, "This is the bread which the Lord has given you to eat.” (Exodus 16:15) Each morning when manna appeared, Israel would emerge from their tents. God’s instructions were clear:  Gather one omer of manna or about two quarts per person per day, and no more. The exception came on the sixth day of the week when they would need to gather double, because no manna would fall on the seventh day of rest or Sabbath. With these instructions, the Lord tested them. Would they truly walk in His law?
Post a Comment
Read more
More posts