Showing posts from November, 2013
Show all

Thanksgiving of Your Own Free Will 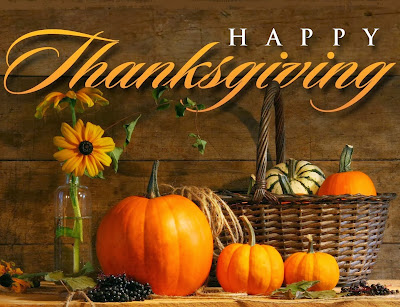 T H A N K S G I V I N G O F Y O U R O W N F R E E W I L L Last week I became nostalgic, thinking of Thanksgivings past. I remembered the song we always sang at this time of year “ Over the River and Through the Woods ”. However, as I reviewed the lyrics in my memory, I found it hard to relate to Thanksgiving. Turns out, I only remembered the first verse and I bet you do too. Verse 1   Over the river and through the woods, To grandmother's house we go; The horse knows the way to carry the sleigh, Through (the) white and drifted snow! Over the river and through the woods, Oh, how the wind does blow! It stings the toes and bites the nose, As over the ground we go. I thought it strange a song we sang at Thanksgiving seemed better suited for Christmas, so I did some digging. The second verse actually mentions our wonderful holiday and the third pays homage to the one dessert everyone in America associates with Thanksgiving – Pumpkin Pie
Post a Comment
Read more

Book of Ruth Series - A Way That Seems Right - Lesson 2

Ruth 1:1 :   “Now it came to pass, in the days when the judges ruled, that there was a famine in the land…” Think for a moment about what you would do as a farmer, a husband, and a father of two ailing sons, when no rain has fallen for a year or more. You have a good size field, but crops don’t grow without rain. Irrigation would be an alternative if water weren’t so scarce. You’ve sold everything of value except your field. But, even if it were to rain this moment, it would take months for crops to grow. How did drought and famine happen in a place whose names literally mean “House of Bread and Praise”? Moreover, how can you let your children and wife die of starvation? Today you take your final trip to town where you will fight the crowds and use the little money you have left to buy a meager food ration. Still, this will last only a short time and then what. What would you do?
Post a Comment
Read more

Are you ready to see how God works in the midst of rebellion, pain or anger, and are you ready to learn of great love and redemption? Fabulous, because today we begin the study of the Book of Ruth, a touching and true story much better than Cinderella. Ruth, a Moabite, lived in the time when Judges admonished Israel, approximately 1100 BC. So, to begin, we need to set the stage.
4 comments
Read more 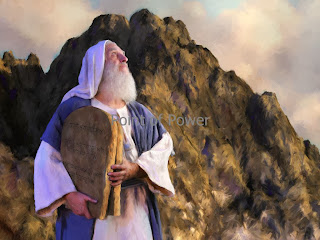 It was the 6 th day of the month Sivan, exactly fifty days after Israel slew the lamb and applied its blood to the doorposts and lintels of their homes in Egypt. This lamb’s blood had caused the destroying angel to pass over their homes when delivering God’s last plague. Now, here they are standing at the base of Mount Sinai anxiously awaiting God’s commands. Out of the billowing smoke and fire boomed the voice of The Almighty, “I am the Lord your God, who brought you out of the land of Egypt, out of the house of bondage. You shall have no other gods before Me.” (#1 – Exodus 20:2-3)
Post a Comment
Read more
More posts