The Book of Ruth Series - The Return - Lesson 8

It was April and the beginning of barley harvest when Naomi, with Ruth, returned to Bethlehem.  The whole city was excited. They hadn’t seen Naomi in years and the women of Bethlehem almost didn’t recognize her. So, they asked, “Is this Naomi?”

Over time, everyone changes, but Naomi’s grief had greatly altered her countenance. Her face did not express the pleasant, delightful and lovely person she was when she left.

With hearts entwined by love and sorrow, three women embark on a journey.

The first, Naomi, an Israelite widow living in the pagan country of Moab, knows and loves YHWH, the Lord God of Israel. Grieving the loss of her husband and now also her only two sons, she decides to return home to Bethlehem, Judah.

Captivated by the goodness and love of Israel’s God visible in Naomi, our second woman, Ruth, desires to know Him. This young Moabite widow, even when faced with certain adversity, chooses to forsake her life in Moab and live by Israel’s Law.

The third, Orpah, also a young Moabite widow, loves Naomi. Orpah begins the journey to Bethlehem, but keeps looking back. The relationships and memories of happier times tear at her heart. Although she will miss Naomi and Ruth, Orpah just can’t leave Moab. Heartbroken, she returns home.

It's Christmas, But Easter Is Coming 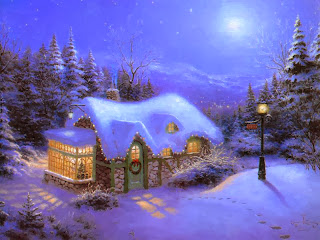 Another Christmas season is upon us and at least for northeastern Ohio, our weather has done its best to cooperate. With a snowy wonderland outside, my home has a different feeling. I can’t explain it, but there’s an unusual quiet and calmness not present at any other time. Peering through the window at the deep snow stirs within me a momentary vision:  A cold winter night, a crackling fire, steaming hot cocoa and no other light except that of my twinkling Christmas tree. 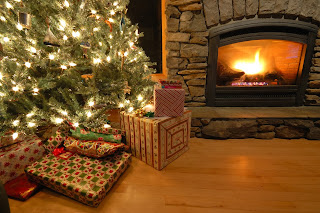 Then in a flash, my dream is gone, because Christmas is full of necessary activity.  Shopping, cleaning, baking, wrapping presents and holiday parties are all a part of the excitement of Christmas and what makes this season fun.

Book of Ruth Series - From Heartbreak to Faith - Lesson 6

The people of Judah had repented and humbled themselves. They called upon the Lord God of Israel and He sent rain. Once again, Bethlehem was a bountiful house of bread and the news spread even to the country of Moab.

When it finally reached Naomi’s ears, she realized all her reasons for moving to Moab were gone. Now only painful memories tied her to this place. So, in the wake of great heartbreak, Naomi chose to go home.

In a place outside of God’s will, tragedy struck the family of Elimelech.

“…they went to the country of Moab and remained there. Then Elimelech, Naomi's husband, died; and she was left, and her two sons.” (Ruth 1:2-3)

As a woman, I can imagine Naomi’s pain. Not only was she grieving the loss of her husband, her lover, friend, and provider, but now she is the breadwinner needing to stay strong for her sons. Unfortunately, a single mom's life is hard in any time.

How did Naomi feel about the move to Moab in order to feed her sons? Was she excited for the new adventure, or was there extreme conflict in her soul, anguish and apprehension? 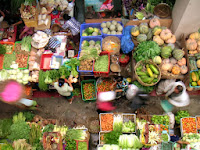 Moab’s bountiful marketplace beguiled these hungry travelers and immediately they felt as if they had made the right decision. 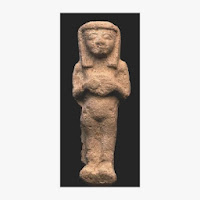 Sure, crafted altars with a graven image of Chemosh adorned almost every corner, but what did they care as long as they had food. Every new place takes a little getting used to.

They’ll find a house with the money they have left and just live.

If Moab doesn’t work out, they can always go back to Bethlehem.

Whatever Happened to Sin?

Many moons ago, when I was a freshman in high school, smoking was about the worst thing kids would do. By the time I was a senior, it was “g...